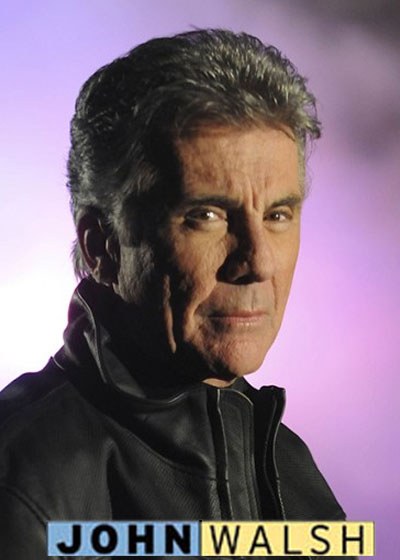 John Walsh hosts his own show "The John Walsh Show" on NBC. The show began life on September 2nd 2002 on NBC and is taped out of 30 Rockefeller Plaza studios in New York. John Walsh, the host of Fox's 15-year-old "America's Most Wanted," said he's turned down previous offers to do a daytime talk show. "I didn't think it was the appropriate time," he said.

The John Walsh Show tapes twice a day every Wednesday, Thursday and Friday at 11:30 AM and 2:30 PM

Though his America's Most Wanted TV show has been running 20 years, John Walsh was only able to keep this solo effort alive for two seasons before execs executed him. Crying shame, given what this man has done for the safety of our country.

In New York the show is broadcast on WNBC channel 4 at 11 AM.

"America is ready for intelligent talk," he said. "I am ready to bring some humanity to TV." It's probably a coincidence that, as Phil Donahue returned to television on July 15 2002 with an MSNBC talk show, the larger medium is preparing for new syndicated daytime talk shows that will take a serious look at issues.

Walsh, whose son Adam was kidnapped and murdered in 1981, will talk to victims of crime about how their lives have been affected. He will also do segments on heroes, safety tips and even breaking news.

In a dramatic departure from most daytime talk fare, Walsh will also have the services of NBC News. Even though the show is airing on an ABC affiliate, the syndicator is an arm of NBC.

In recent years, sleaze seemed to be daytime talk's baseline requirement: Every future felon, vocal racist or grotesquely inept parent/spouse/lover got his or her shot at a diluted 7 minutes and 30 seconds of fame.

Now Walsh is joined by "Oprah" regular Dr. Phil McGraw, who will dish advice on a daily basis. Unlike Jerry Springer, Dr. Phil won't need armed security or extra chairs in the wings ready to replaced trashed ones.

"A lot of people are looking to go back to the days of Phil Donahue, when the genre was respectable," said Paul Pelliccia, program director for WEDG and WXXA in Albany, N.Y. "They're realizing the other sensational stuff isn't working."

"Now that (viewers) have had their fill of all the circus shows, they want to get serious," Pelliccia said. "Give it a few years." He's right: Eventually, it will swing back.

Game shows, which ruled mornings and afternoons in the '70s, will be this fall's other comeback story. "The Price is Right" could use some company.

Donny Osmond will assume the Dick Clark role and host "The Pyramid." Meredith Vieira will hopefully not try to mimic Regis Philbin when she hosts the daily version of "Who Wants to Be a Millionaire."

So what's on the wane? Judge shows, which two years ago clogged TV following the success of "Judge Judy."