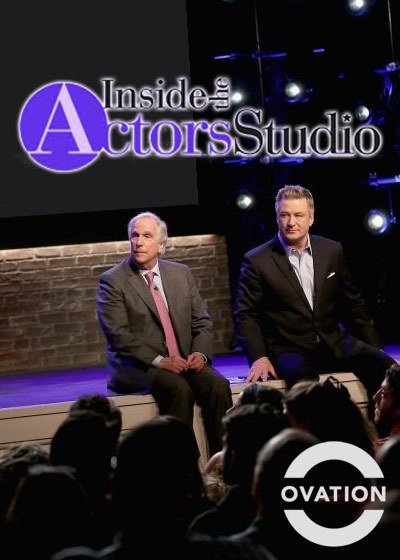 Inside the Actors Studio

Free TV Tickets For Inside the Actors Studio

Inside the Actors Studio Summary

Inside the Actors Studio is an intimate talk show hosted by various celebrities. Actors sit down and speak in depth about their work and life experiences.

Inside the Actors Studio Ticket Information

Getting tickets to Inside the Actors Studio is much easier for all students and faculty from PACE University. However, because this is a closed event, the public is usually only able to get tickets via the show's standby line.

It is highly recommended to be at the general public standby line at least two hours before the TV show taping starts.

Free Tickets To The Public:

Inside The Actors Studio does not pay the guest celebrities for their appearance on the show, but they do charge their students for the course credit to attend the taping. The suggestion that the show should be "students only," is a little uncomfortable for all concerned. The school begrudgingly allows members of the public to attend the taping, although they seat them at the back of the theatre after all the school faculty and students have been seated.

Students and faculty are given priority access for tickets to this show. Students must be be enrolled in The Actors Studio Drama School at PACE to be able to get this VIP treatment.

Inside the Actors Studio Show Schedule

Inside The Actors Studio tapes once a week on Wednesday evenings at 7:00 PM in the Michael Schimmel Center at New York City campus of Pace University.

The show tapes at random dates and times and is also aired occasionally on TV.

By signing up for the Michael Schimmel Center mailing list, you will receive updates on upcoming tapings. These emails will also provide more information on standby tickets for the public.

Inside the Actors Studio Broadcast Time

Inside The Actors Studio broadcasts at irregular times at days on Ovation TV. It is also watched on other foreign markets.

Inside the Actors Studio Age Requirements

You must be 18 years or older to attend.

Inside the Actors Studio Background

Inside The Actors Studio is a talk show that focuses on the premise and education of acting.

No Time Limit on Taping

As there is no time limit on this show, the taping can go on for up to four hours and is often brutally edited down to just one hour. Seeing the full show in person, in its entirety, provides you with an interview experience that television audiences will never see. On TV you see an hour-long, Ovation-friendly format that feels a great deal more homogenous than the in-person experience. Audience members often complain that the edited TV show bears little resemblance to their in-studio experience.

Taping Can Become a Marathon

Make sure you eat before going to this show as they do not provide food or drinks to keep you sustained. This show can have a great array of Hollywood's A-List guests that appear. Pace university does not like the general public attending this show, but are forced to accept it by Ovation and the Hollywood reps/bookers, because the celebrity guest does not want to appear out-of-reach to the general public.

General Public Get Placed at the Back of the Studio

With this in mind, the show will place the general public at a lower seating priority than everyone else and put them at the back of the theatre. The guests do not usually stay around after the show because they are exhausted from the four hours of taping and Q&A session with the students.

The program originally aired in 1994 on BRAVO and was hosted by James Lipton. The show ran on BRAVO for an astounding 23 seasons, with Lipton hosting well into his nineties. In September 2018, it was announced the Lipton was stepping down as host of Inside the Actors Studio, much to the chagrin of long-time fans. Not long after Lipton's retirement, the rights to the show were purchased from BRAVO by Ovation TV, who have made efforts to make the show appealing to a younger audience.

The program is now hosted by a rotating cast of celebrities such as Alec Baldwin and Jane Lynch, who re-energize the program and introduce it to a younger generation of acting fans. The show has gained notoriety for it's slow paced interviewing, however with the new rotating hosts, each episode has its own unique style while still allowing for an in-depth look into the guest's life and unique brand of acting.

The affiliation with the prestigious Actors Studio allows Inside the Actors Studio to attract the most talented and respected performers in the world to the show.

3 Spruce Street
New York, NY 10038
Directions: Take the MTA 2 or 3 train to Fulton Street or take the R train to City Hall and walk towards Spruce Street. You can also take a taxi via the FDR Drive.
Studio Information