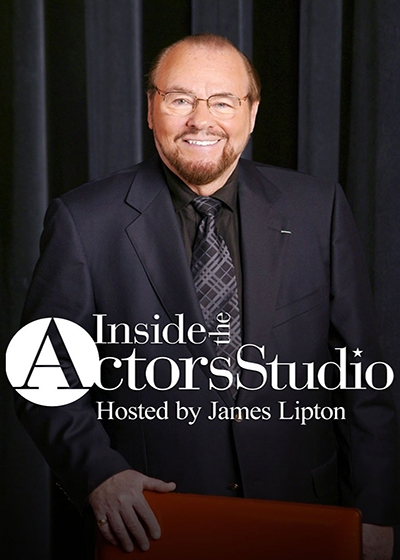 Inside the Actors Studio was an intimate talk show hosted by James Lipton. Celebrities sit down and speak in depth about their work and life experiences.

Getting tickets to Inside the Actors Studio was much easier for all students and faculty from PACE University. However, because this was a closed event, the public is usually only able to get tickets via the show's standby line.

You had to be at the general public standby line at least two hours before the TV show taping starts.

From 1994 to 2018, Inside The Actors Studio taped once a week on Wednesday evenings at 7:00 PM in the Michael Schimmel Center at New York City campus of Pace University.

The show taped at random dates and times and reruns air occasionally on TV to this day.

Inside The Actors Studio (1994-2018) Cancellation Details

In September 2018, James Lipton released a statement announcing his retirement as host of Inside the Actors Studio. The exact reasons for Lipton's retirement were never stated, however the host was well into his nineties at the time of his exit. Perhaps Lipton felt he had accomplished all he wanted during his 24 year run as host and want to enjoy the rest of his life in peace. Following Lipton's retirement from the program, Ovation TV acquired the rights to the show from Bravo in April, 2019. The show now continues with the same format as before but on a different network with a rotating cast of hosts.

You must be 18 years or older to attend.

James Lipton was born in 1926 and hails from Detroit, Michigan. He has been an American writer, composer and actor during his long career. At Pace University's Actors Studio Drama School (formerly at The New School) in New York City, Lipton serves as dean emeritus. Lipton is an heir to the Lipton family fortune of tea producers that were pervasive during the 1960's and 1970's. Lipton is also currently the producer and host of the television series Inside the Actors Studio, which debuted in 1994 in NYC at Pace university.

Inside The Actors Studio was a talk show that ran from 1994 to 2018, focusing on the premise and education of acting. As there is no time limit on this show, the taping could go on for up to four hours and was brutally edited down to just one hour. Seeing the full show in person provided you with an interview experience that television audiences would never see. On TV you see an hour-long, Bravo-friendly format that feels a great deal more homogeneous than the in-person experience. Audience members often complained that the edited TV show bears little resemblance to their in-studio experience. Pace University did not like the general public attending this show, but were forced to accept it by Bravo and the Hollywood reps/bookers, because the celebrity guest did not want to appear out-of-reach to the general public. With this in mind, the show would place the general public at a lower seating priority than everyone else and put them at the back of the theatre. The guests did not usually stay around after the show because they were exhausted from the four hours of taping and Q&A session with the students. James Lipton was over ninety years old and was not very friendly after the show, but this could be because he was so exhausted from the taping.

The show's interview guests were not its only stars to appear, as host, James Lipton, has gained notoriety for his slow paced interviewing style and he is now a recognizable celebrity in his own right. The show gained TV immortality when in 2007, on NBC's flagship show Saturday Night Live, Will Ferrell mimicked James Lipton on Inside the Actors Studio in a parody by emphasizing the host's tendency to ask pretentious questions and over praise his celebrity guests in his own distinctive interviewing style.

The affiliation with the prestigious Actors Studio allows Inside the Actors Studio to attract the most talented and respected performers in the world to the show. The show has received fourteen Emmy nominations.

In 1994 the Actors Studio, with Lipton at the helm, decided to create an educational program at The New School and the show was a seminar for that program. The show began at the John L. Tishman Theater at The New School for Social Research in New York City. James Lipton was the fresh-faced host and the actor interviewed was Paul Newman who appeared and spoke about his life in the performing arts. The format of this show was billed as a "craft seminar" and was attended only by faculty and students of The New School.

Newman was a former Actors Studio president and set a high bar for all interviews that followed. Unlike most celebrity interview TV shows, Inside the Actors Studio has a slow-paced format and concentrates on the timeless craft of acting rather than asking empty questions about celebrity and gossip.

After unaffiliating with The New School, Inside The Actors Studio was redesigned as a seminar for the master's degree class part of the course curriculum at Pace University. The show was run by the independent organization The Actors Studio that was founded in 1947 in New York City. The Actors Studio was a small non-profit organization for professional actors, directors and playwrights and has given birth to many successful artists including the classic Marlon Brando who began his acting career at this studio. Other notables included Ellen Burstyn, Harvey Keitel and Al Pacino who remain co-presidents of the organization. The Actors Studio uses both the Stanislavski System and the Method of which they retain exclusive rights to both.

3 Spruce Street
New York, NY 10038
Directions: Take the MTA 2 or 3 train to Fulton Street or take the R train to City Hall and walk towards Spruce Street. You can also take a taxi via the FDR Drive.
Studio Information