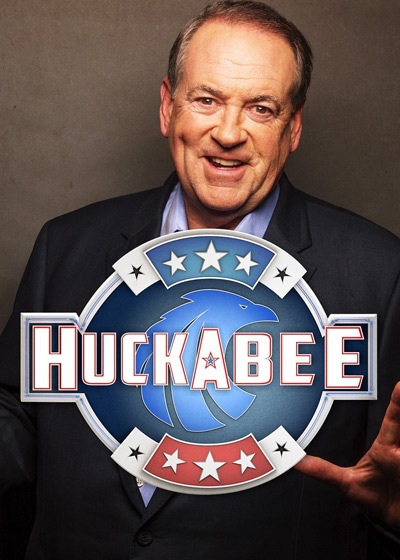 Baptist minister turned governor of Arkansas, Mike Huckabee may have lost his 2008 and 2016 bids for the Republican nomination for President of the United States, but he has been successful with his own TV show which was formerly shot in New York City and is now shot in Hendersonville Tennessee.

Huckabee with Mike Huckabee is a blend of two TV formats: the daytime and evening television variety talk show format and the cable TV news political "talking head" show format. In his self-titled show, Huckabee includes an opening monologue, a house band, and interviews with both politicians and celebrities. The show is now recorded in in Hendersonville Tennessee.

The New York City version of the show was shot in front of a live audience and was owned by Fox. This show ran from 2008 until 2015 and was a weekly show broadcast on a Friday night.

The Hendersonville Tennessee version of the show began in 2017. The show is taped, edited and broadcast a few hours later.

In January 2015, Huckabee announced that he would be stepping down from the show to prepare for a run in the 2016 presidential election. Huckabee had hosted the conservative leaning talk show since 2008 and the show generally received positive ratings over the course of its first 7 year run. After a failed run in 2016 when Trump won the nomination, Huckabee's show was then picked up by TBN and Fox and the show began taping again in 2017 in Hendersonville, Tennessee.

The Mike Huckabee TV show does not accept postal requests for advance tickets. Advance tickets for future shows can only be requested by phone or over the internet. Click Here for tickets. The show can be contacted on 833 482 5223.

The Huckabee taping takes place at 6:30PM on Friday. The taping schedule can also vary.

Huckabee with Mike Huckabee attracts viewers who like a mix of politics, current events, and celebrity interviews that focus more on the celebs' favorite social causes than on the typical inane Hollywood gossip. Huckabee viewers also appreciate the host's affable demeanor, a stark contrast to many of the more abrasive talking heads that dominate news networks.