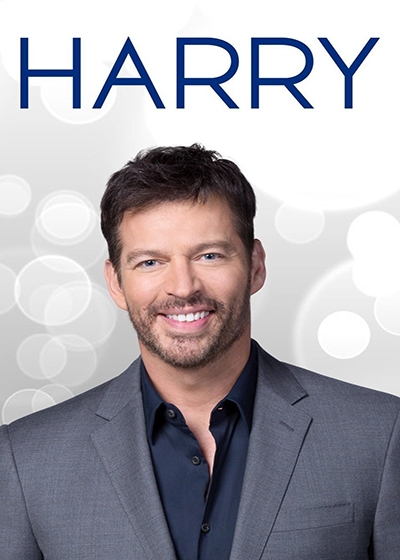 The Harry Show is a morning show with an upbeat blend of talk, comedy and variety segments. The show also featured musical elements which is what made it shine.

Tickets are available to the Harry daytime talk show at the Harry TV show website. You can request tickets by picking your desired date and time from the calendar online, filling out a short form which includes your name and email. You should expect an email within one week confirming your tickets.

Harry Connick Junior’s daytime talk was cancelled after just two seasons due to dismal ratings and political infighting among the crew, that created a toxic work environment - which force Connick to just pull the plug, as his heart was never in the show anyway. Harry may be is a phenomenal musical talent, but it just wasn't a great partnership with the show working with the 17 Fox Stations around the country. The show had extra taped shows and kept broadcasting until September, even though the stopped shooting in May. The ratings were a dismal a 0.9 Nielsen average household rating and sources in the industry indicate that 1.0 was the lowest level the show could tolerate on life support.

Harry is syndicated across the domestic United States. In the New York City area, catch Harry on FOX channel 5 at 2 PM and again at on My9 at 11 PM.

To attend tapings at Harry you must be at least 16 years old with a valid government issued ID.

Harry Connick Jr. is ranked among the bestselling musical artists in America, having earned three Grammy Awards and more number-one jazz albums than any artist in history. In addition, he has built a highly successful acting career, with performances in films such as Independence Day, Basic, P.S. I Love You, New in Town, and Dolphin Tale. He also won two Emmy Awards, including for Outstanding Music Direction of the 75th Annual Academy Awards. He has also appeared on Broadway in shows including On a Clear Day You Can See Forever and The Pajama Game, and was nominated for a Tony Award for composing the music for the musical Thou Shalt Not.

Harry Connick Jr. has found success in countless areas of media and entertainment, from the music recording industry to acting in film and television, from Tony Award winning Broadway performances to hosting American Idol. With Harry, he makes his foray into daytime talk show hosting. Harry is a variety show, a throwback to family-friendly shows of previous eras, which incorporates a mixture of different elements – from comedic man-on-the-street interviews to musical performance segments, from field pieces to audience participation, from comedic sketches to parodies and unpredictable surprises.

The host of Harry, Harry Connick Jr., is an extremely prolific and versatile performer, musician, and personality. He has beaten the odds of his humble upbringing in New Orleans, leveraging his clear musical talents to build a successful career first in music, then in film and television and beyond. In addition to his success on stage, screen, and behind the scenes composing music, Connick has recently served as a judge on the American Idol television series, for the thirteenth, fourteenth, and fifteenth seasons. He was among the judges of the final season, alongside Keith Urban, Jennifer Lopez, and host Ryan Seacrest. In contrast to his wide appeal serving as a musical expert for wannabe talents from all over the country, Connick is also a family man, with a wife and three daughters. Beyond this, he has a great deal of experience performing live and on tour, including a tour this past summer 2015. Therefore, his “man on the street” segments will be particularly amusing, taking his fame to everyday people on the street and focusing on comedy and discussion topics. On top of this, viewers will surely get a dose of Connick’s musical talents through his performances alone and with guest artists.

Harry is produced and distributed by NBCUniversal, and yet it will play principally on Fox stations – that is, it will be in national syndication on Fox-owned TV stations in at least 17 markets. The head writers and executive producers of Harry are Justin and Eric Stangel, a talented brother's team who served as head writers on The Late Show with David Letterman, from 1998 to 2013. During their tenure, Late Show won two Emmy Awards, in 2001 and 2002, out of a total of 21 Emmy nominations and 4 nominations for the Writers Guild of America. Therefore, they will surely bring their hilarious and successful pedigree to Harry, conceiving of a vibrant and original series of sketches and ideas for Harry Connick Jr.’s daytime outing. The additional executive producers for Harry are Harry Connick Jr. himself, as well as Ann Marie Wilkins, the longtime manager for Connick as well as other musicians such as Connick’s longtime friend and saxophonist, Branford Marsalis. Connick will certainly attract a fascinating variety of celebrities and musical performances to accompany his show, in addition to comedic sketches and audience participation.