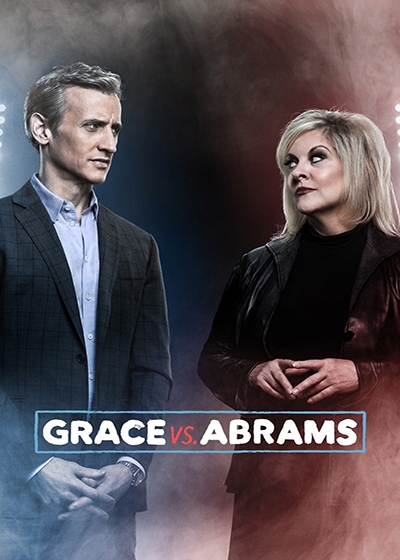 You can get FREE tickets to Grace vs. Abrams by visiting the dedicated ticketing website for the TV show. By filling out a short form containing your name, desired ticket amount and date, you will be requesting tickets for the show.

Grace vs Abrams is transmitted on A&E at 10 PM Eastern Time.

Due to the hot and sensitive material discussed on this show by Grace and Abrams, anyone under the age of 18 will not be permitted into the studio. Everyone 18 years old or over must present government issued ID to attend the taping.

Nancy Grace is a legal commentator, television journalist, and former Georgia prosecutor. She hosted Nancy Grace on HLN from 2005 to 2016, and also hosted Court TV’s Closing Arguments from 1996 to 2007. She is known for outspoken views and a stance from the perspective of victim’s rights. Her celebrity reputation extends beyond her own hosting roles, as she often appears as herself on a variety of television shows.

Dan Abrams is the chief legal affairs anchor for ABC News, and also serves as the host of the A&E series 60 Days In and Live PD. Formerly, he was an anchor on Nightline, and also served as the chief legal correspondent for ABC News. He is the founder of the news site Mediaite, which combines editorial content with analytic rankings of media personalities, appreciating the celebrity of the media.

With Abrams and Grace’s vast experience in the legal domain, as well as their strong personalities and opinions, a live studio experience witnessing their debates is not to be missed. Nancy Grace is a former prosecutor for the Georgia District Attorney’s Office, whose outspoken style and perspective from the standpoint of victim’s rights have allowed her to build a formidable career in broadcast television. Her self-titled show Nancy Grace ran on HLN from 2005 to 2016, a nightly celebrity news and current affairs program. In addition, she hosted Court TV’s Closing Arguments show from 1996 to 2007. She co-wrote a book entitled Objection!: How High-Priced Defense Attorneys, Celebrity Defendants, and a 24/7 Media Have Hijacked Our Criminal Justice System. Her television work has additionally spanned such non law related shows as Dancing with the Stars, Raising Hope, Law & Order, Hancock, and The Wire, generally appearing as herself. Meanwhile, Dan Abrams serves as the chief legal affairs anchor for ABC News, and he is also the host of 60 Days In and Live PD, both of which are also A&E shows. Formerly, he has been chief legal correspondent and analyst for NBC News, and also as an anchor and general manager for NBC News, in addition to serving as an anchor of Nightline. Abrams has a degree from Columbia Law School, but got into the legal correspondence side of the media business early on, allowing him to garner extensive experience in the legal television space.

The show’s strengths are the profound legal knowledge and broadcast experience of the two hosts, as well as the debate structure, invigorating audiences as they fight out the tough issues. The goal is to provide viewers with a complete picture of each case, delving deeply into the legal implications and issues at stake.

In addition to the live studio debate, each episode will feature exclusive clips and footage that will have never been seen before. Certain episodes will serve to supplement topics that are covered in other A&E series and specials. In some episodes, they will feature key players from the cases, either remotely or in person. In addition to leading individual varied careers as attorneys and entertainment professionals, Grace and Abrams have gone head to head before in epic battles on Good Morning America.

The magic in the air convinced the producers to give these two powerhouse lawyers their own show, using their smarts and experience to elucidate topics of enduring interest to viewers. Crime and legal themed shows has become a specialty of A&E, which has also launched a new true crime docudrama, Marcia Clark Investigates The First 48, which is a seven-part, two-hour series that focuses on crimes that remain unsolved or with controversial outcomes.

Noteworthy Dates for Grace vs Abrams: