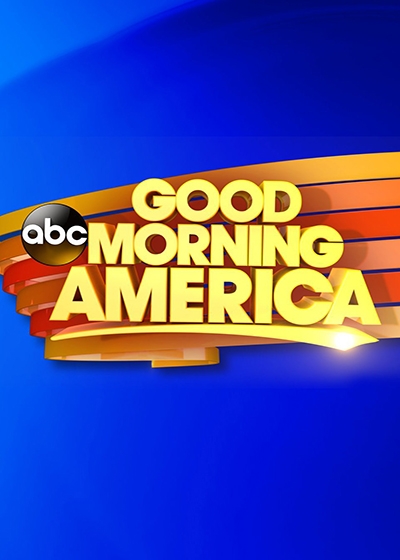 Show has NO AUDIENCE Get Tickets to other shows

For the regular weekday pre-pandemic GMA shows, they have provided tickets to get into the studio to see the show broadcast live, They would also bring people into the "standing area" of the studio who have been standing outside early or have a great story to tell on camera.

Since the end of the pandemic, GMA has been unsure about what to do about in-studio audience and they have not brought it back. They do still have people stand outside the studio and do a few outside shots of them, a bit like the Today Show.

The in-studio audience will return, but no date has been set.

For special shows with a musical guest, they would set up a stage in the studio and give out tickets in advance. Musical guests have included Justin Bieber, Justin Timberlake, Carly Rae Jepson and Kelly Clarkson. You could get a maximum amount of 2 tickets per person in-advance to get into the show.

Post Pandemic, the only musical guest opportunities are the Summer Concert Series, which they perform for free in New York City's Central Park.

Tickets For The Summer Concert Series:

For the headliner musical acts on the Summer Concert Series, GMA puts up a stage at the at Rumsey Playfield in Central Park and they provide tickets in advance to fans.

Good Morning America shoots LIVE Monday through Friday mornings from 7:00 AM to 9:00 AM Eastern Time.

Good Morning America broadcasts weekday mornings at 7:00 AM to 9:00 AM on ABC Network and on other ABC affiliates.

You must be at least 16 years old to attend a taping of Good Morning America.

ABC's Good Morning America is more of a pop culture and entertainment show than its main competition, The Today Show on NBC, which skews to lifestyle programming. GMA's laid back and popular hosts keep things rolling along as they move from one segment to another, many times a segment will be shot from where the audience is standing in Times Square.

A normal GMA show could have a segment on gossip, shopping deals, what's trending on YouTube and a celebrity guest appearance or a performance. GMA broadcasts from the heart of Times Square and anyone can attend the show.

Audience Members Get Into GMA

If you want the best place to stand, you need to get there by 6:30am, braving the elements and gathering crowds. If you look interesting or if you have an interesting story, you may be picked as one of the lucky 100 audience members who get to go inside the studio. This is a great chance to be up close and personal with your favorite GMA hosts and guests but plan on standing, as there are no seats.

For the rest of the audience standing outside, they can see the show through the floor to ceiling windows onto Times Square or on the huge LED monitors above. The hosts always take time to chat with the audience and will occasionally pick a audience member to be part of a segment or surprise makeover.

Conceived in 1975 as AM America, the show was created as competition with NBC's popular Today Show. After failing to find an audience, they turned to one of their affiliates for the answer. The Morning Exchange, out of WEWS Cleveland, was a laid back morning show that focused more on human interest, entertainment and pop culture than it did on the news.

The show was broadcast from a set made to look like a living room and not a newsroom. ABC adopted this style and format and debuted as Good Morning America GMA in November 1975.

GMA and The Today Show Wars

Over the years, Good Morning America has gone back and forth in a ratings war with its arch rival, the Today Show which airs on NBC. In subsequent years the Today Show has been rocked by scandals including multiple sex allegations against Matt Lauer and journalist integrity issues against Katie Couric (in which she covered questionable remarks made by Ruth Bader Ginsburg). The Today show's rating have subsequently dropped precipitously, which has allowed GMA to succeed in the time slot.

GMA has had a string of popular hosts beginning with its first host being David Hartman, who anchored the show from 1975-1987. During his tenure, GMA became the highest ranking morning show. Other popular GMA hosts from the past include Jane Pauly, Joan Lunden and Charles Gibson.

The list of the special correspondents currently includes many famous names including:

GMA no longer provides studio tours to guests, even if ticketed for a special musical guest show.