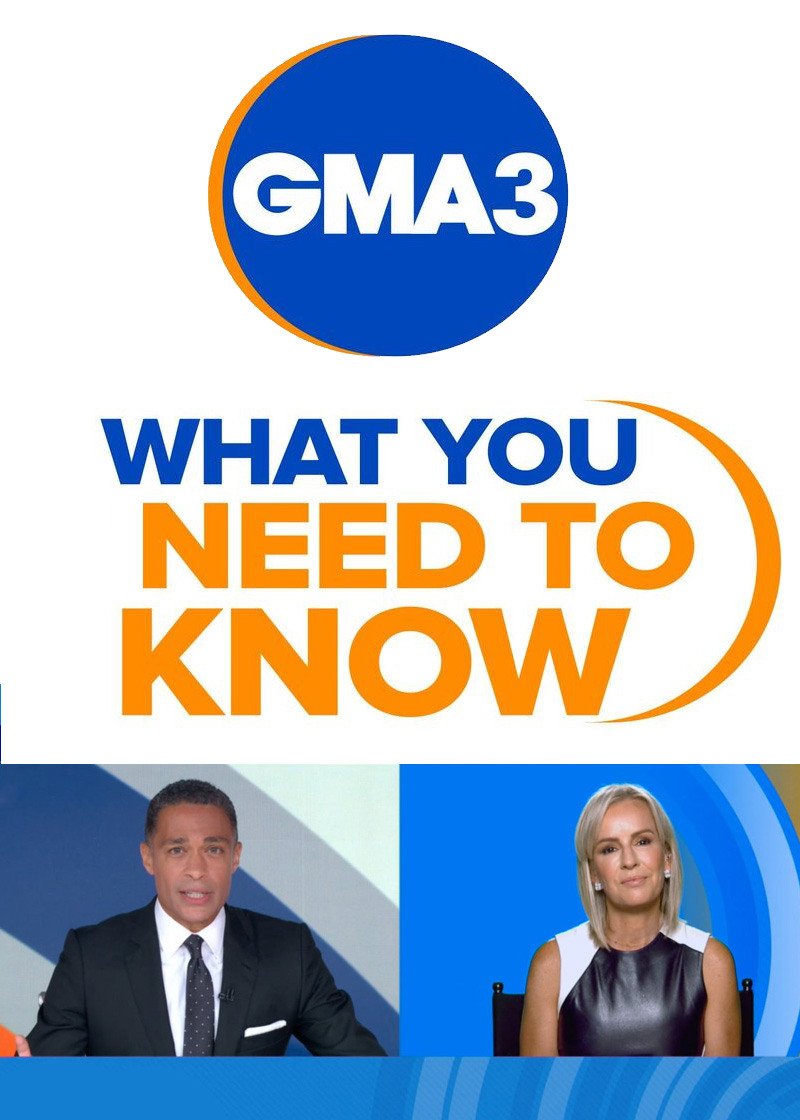 You can reserve tickets to GMA3 online in advance of the show.

GMA3 is taped Monday through Thursday at 9:30 AM-11 AM EST. The Friday show is typically taped at 12 PM on Thursday, following the first taping.

All audience members under 18 must be accompanied by an adult

Michael Strahan is a Pro Football Hall of Famer who spent his sports career as a defensive end for the New York Giants. He set records for the most sacks in a season and helped his team win the 2007 Super Bowl against the New England Patriots. After his successful sports career, Strahan became a media personality and co-hosted Live! with Kelly and Michael from 2012 to 2016, where he won two Daytime Emmys. In 2016, Strahan announced he would be leaving the program to work full-time as a sports analyst on Fox NFL Sunday and as a personality on Good Morning America.

Sara Haines is a Daytime Emmy nominated television host and journalist, best known for reporting on ABC News, Today, Good Morning America. Haines was also a co-host of daytime television juggernaut The View for seasons 20 and 21.

Keke Palmer is a six time NAACP Image Award winner who got an early start to her acting and voice-acting career. Her first big role was in 2004, acting on the CBS television series Cold Case, when she was just 12 years old. Palmer’s most notable work was acting as the main character, Akeelah in the 2006 film: Akeelah and the Bee. Which got six Black Reel Award and five NAACP Image Award nominations. Palmer is also known for being the voice of Peaches, the baby woolly mammoth in the Blue Sky Studios’ movies, Ice Age: Continental Drift (2014) and Ice Age: Collision Course (2016).

GMA3: Strahan, Sara, and Keke was the original format of a daytime talk show on ABC that served as the third hour of the national morning show, Good Morning America. The show effectively replaced The Chew. GMA3 was added to

the ABC morning lineup following the cancellation of The Chew due to consistently low ratings and the Mario Batali scandal sexual harassment. The GMA3 talk show originally launched under the name GMA Day, a title which was used to emphasize the connection to the network’s successful number one morning program. After a few months the show was relaunched with a brand new logo, studio, and a new name.

The show became known as GMA3: Strahan, Sara, and Keke. This move was made in order to downplay the connection to GMA and add more importance to the hosts of the program, similar to some of the show’s competitors, like Today with Hoda and Jenna and Live! With Kelly and Ryan. For fans of morning television, Strahan, Sara, and Keke contains several familiar faces.

Michael Strahan made his debut as a television personality on Live! With Kelly and Michael. For four years, Strahan filled the role that long-time host Regis Philbin left vacant upon his retirement from the show.

Sara Haines is widely known for her role as co-host on The View and as a recurring correspondent on Good Morning America.

Keke Palmer is known for her childhood film and acting career, as well as from her nickelodeon TV show, True Jackson, VP where she was the star. Palmer also has a large social media presents that continues to grow exponentially as she has been a good role model for the young black American youth.

Palmer was added to the show in the summer of 2019 as a guest co-host and was later signed on to continue to co-host the show in August, 2019. To accommodate the new co-host, Keke Palmer, the show was renamed from GMA - Strahan and Sara to GMA3: Strahan, Sara, and Keke.

Strahan, Sara, and Keke Are Booted in August 2020

In August 2020, Michael Strahan, Sara Haines and Keke Palmer were all booted from the show and the show was moved to a later time slot. The early format of the show was cancelled due to low ratings, but they used the Covid-19 pandemic as a cover story for the cancellation.

The placement of the new version of the show to later to the day did not make much sense as it was supposed to be the GMA third hour, but was now appearing many hours later. This seems confusing to the show's viewers and new hosts.

TJ Holmes took over the hosting of the show permanently, and the show now that bears little resemblance to the former version of the show with Strahan, Haines and Palmer.