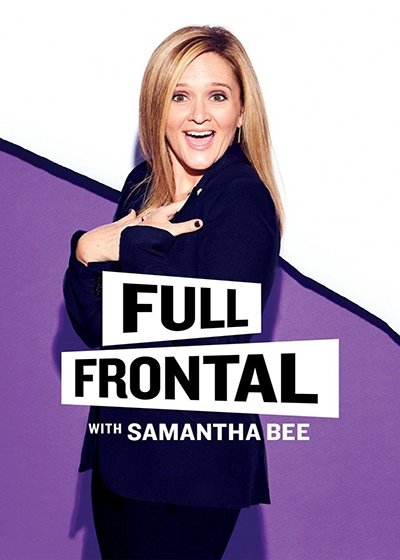 Full Frontal with Samantha Bee is a late-night comedy series that offers a satirical take on news that are often neglected by traditional media outlets.

To attend a taping, you must be at least 18 years of age.

Samantha Bee is a comedian, writer, producer, actress, and political commentator. She holds the honor of being the longest serving correspondent for The Daily Show with Jon Stewart from 2003 to 2015, and was the sole female correspondent from 2003 to 2008. She has also authored a book titled “I Know I Am, But What Are You?” published in 2010. She has also acted in such works as Nora and Delia Ephron’s play Love, Loss, and What I Wore and Woody Allen’s film Whatever Works.

Presently, Full Frontal with Samantha Bee is the only late night talk show in the United States that is hosted by a woman, and also one of the few in the history of late night television to feature a female star. While Bee embraces her roles as a performer who breaks through barriers, she is by no means seeking to tailor her content to women viewers. Since its premiere on February 8, 2016, Full Frontal with Samantha Bee has dealt with a range of cutting edge topics. For example, the first episode, which was simulcast on not only TBS but also Adult Swim, TNT, and truTV, dealt with the New Hampshire Democratic and Republican debate, as well as Kansas Senator Mitch Holmes' controversial dress code rule for women testifying before a state committee, forbidding the wearing of low-cut tops or miniskirts. The episode also included a satirical Wernor Herzog style short documentary about Jeb Bush. The second episode, which aired one week later, covered the death of Supreme Court justice Antonin Scalia, as well as a field segment including a visit to a Syrian refugee camp. The third episode dealt with Republican campaigning in South Carolina, Republican presidential candidate John Kasich, workplace sexual harassment of women, and the second part of the Syrian refugee camp segment. All of these episodes speak to the injustice that Samantha Bee seeks to confront, while providing a lighthearted satirical bent despite the gravity of the issues at hand.

Bee’s relationship with TBS goes back to the series she co-wrote with her husband, Jason Jones, also a longtime correspondent on The Daily Show with Jon Stewart. This series, about a family vacation road trip, is called The Detour and premiered on TBS on April 11, 2016. Full Frontal with Samantha Bee has a writing team made up of Samantha Bee, Jo Miller, Jason Jones, Tony Hernandez, Miles Kahn, and more. Interestingly, in selecting their writing staff, the team used a blind process that hid the gender and experience level of the candidates, and this resulted in a team that is about 50% female and 30% non-white. This diversity in the writers room will surely allow the show to continue offering an interesting and necessary viewpoint on a range of important subjects. Unlike other late night shows, Full Frontal does not bring in outside guests. It also doesn't spend too much time on notions of hypocrisy. Instead, it focuses on confronting injustice with a satirical bent. The structure includes news pieces, field segments, and a “grab bag” of other segments.

You can get free tickets to Full Frontal with Samantha Bee by filling out a short form through an external ticketing website which includes your preferred date and time as well as a backup in case your first choice is not available.