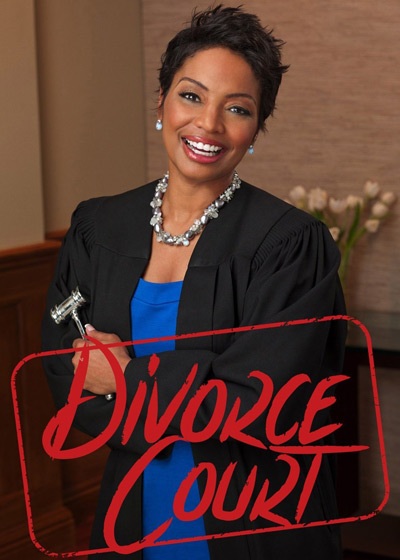 Judge Lynn Toler presides over Divorce Court that features real litigants and their disputes, not actors playing a role or reading a script.

Apply for tickets for this show by calling 877 311 2222
This show will pay audience members to attend, usually for a whole day of ten hours, when two shows are taped.

The show currently tapes ten shows per week at the Tyler Perry Studios in Atlanta GA
The show has previously taped at the Sunset Bronson Studios in Los Angeles, CA and at the NEP Studios in NYC

Various times as the show is syndicated

Judge Lynn Toler graduated from Harvard University and The University of Pennsylvania Law School. At age 33 she was elected as the judge for The Cleveland Heights Municipal Court. Judge Lynn was always active in her community aiding in programs designed to mentor the young and at-risk girls. Toler has written a variety of books including her most recent work "Making Marriage Work: New Rules for an Old Institution.

Judge Lynn Toler mediates real disputes of couples who have allegedly filed for divorce. Divorce Court has completed over two thousand episodes, and has become one of the most successful courtroom drama series. Litigants will be in the process of divorcing, preparing to file for divorce or legally separated. The show is focused on settling property disputes (i.e. cars, furniture, electronics, appliances, collections, jewelry, etc.) that can't otherwise be resolved. The judgment is legal and each person is paid a $500 appearance fee regardless of the court's ruling.

Divorce Court revolves around the disputes of couples filing for divorce. Judge Mablean Ephriam was the adjudicator of the series for seven seasons, and is no longer on the show. All the couples portrayed on the show were real, with no scripted actors.