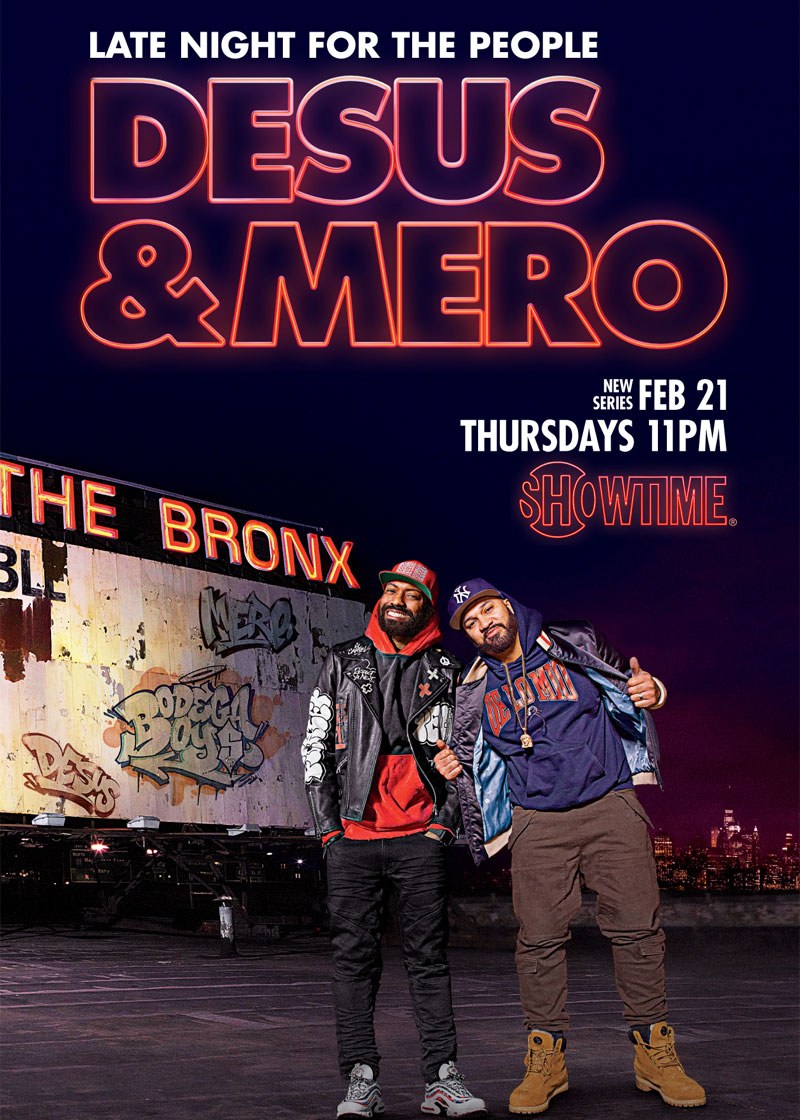 Desus & Mero is a late night talk show that discusses everything from pop culture to politics, all through the lens of unadulterated Bronx slang.

You can reserve tickets to Desus & Mero online in advance of the show.

Daniel “Desus Nice” Baker and Joel “The Kid Mero” Martinez first met when they were in high school and became friends due to their mutual interest in the internet. The two were early adopters of Twitter and quickly became noticed due to their unique style of Bronx infused comedy. They would go on to leverage their growing internet fame to start their first internet show, a podcast hosted on media website Complex called Desus vs Mero. As they continued to gain online notoriety, the duo would leave Complex to begin an independent podcast venture, The Bodega Boys, where they would riff off topics such as their personal lives and pop culture. Seeing the potential in the two’s unique brand of humor, the TV network Viceland offered them their first late night show, aptly named Desus & Mero. The Bodega Boys hosted this show from 2016 to 2018, until Showtime acquired the rights to the show and revamped the program on their own network, this time with a new studio and a bigger budget.

Desus & Mero is Showtime’s first venture into producing a late night talk show. The show is named after its hosts Desus Nice and The Kid Mero, a pair of internet personalities who grew in online notoriety thanks to their exclusive brand of urban and referential comedy. The show contains many of the hallmarks of a traditional late night show, but with a twist that makes them more internet-friendly. For example, rather than performing a monologue, the duo reacts to comical clips that can range from recent political developments to the newest funny video to circulate the internet. The pair also sits down with notable celebrities and political figures for their in-depth and often comedic interview segments. Previous guests have ranged from film director Spike Lee to Congresswoman Alexandria Ocasio-Cortez.