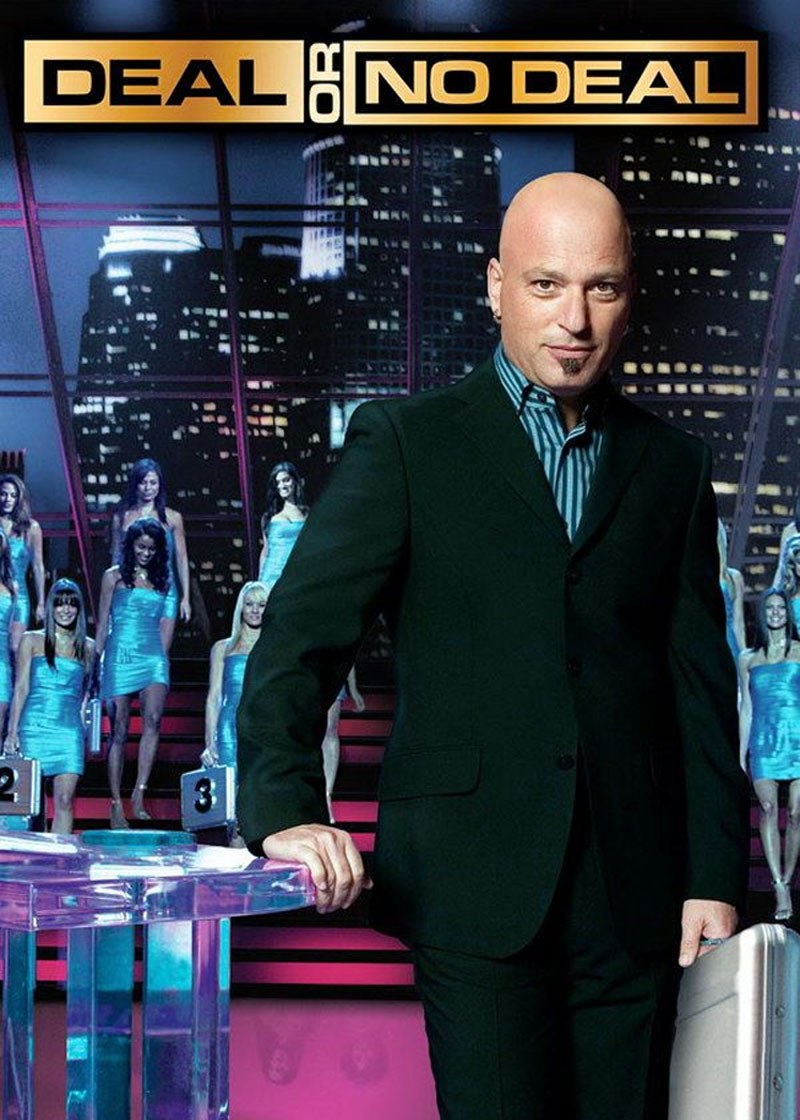 Deal or No Deal features models who hold briefcases containing various amounts of money. The contestant on the show gradually eliminates the cases with the ultimate goal of winning an enormous sum of money. During this process, the contestant goes toe-to-toe with the character of "the banker," an unseen person who offers a set amount of money in order to tempt the contestant to give up and quit the game. Once the banker makes an offer, Howie then asks: "Deal, or no deal?" Because of the show's popularity, it often airs more than once a week in primetime, and it has spawned a daytime TV incarnation, as well as various play-at-home game versions.

Deal or No Deal (2005) Ticket Information

Free tickets to Deal Or No Deal are available online or by phone.

Deal or No Deal (2005) Cancellation Details

The Howie Mandel-hosted hit went from network darling into cable syndication and finally made a move to Connecticut. The prize in a suitcase guessing game only lasted one brief season before shutting down production, though it became an instant classic. Howie moved onto America's Got Talent, a far more lucrative opportunity and hasn't looked back since.

Deal Or No Deal airs on the NBC network.

You have to be 14 years or older to attend the Deal Or No Deal TV show hosted by Howie Mandel.

Deal or No Deal has re-invented the career of Howie Mandel, a comedian who was well-known for his stand-up act before spreading his wings playing Dr. Wayne Fiscus on the acclaimed medical drama St. Elsewhere. Mandel had a short-lived talk show, The Howie Mandel Show, but it proved unsuccessful. With Deal or No Deal, the comic actor has displayed yet another talent that of game show host. And NBC has also rewarded him with another TV show, the prank show Howie Do It. Once sporting a full head of curly hair, Mandel's look now includes a shaved head and goatee.

Debuting on NBC in late 2005, the TV program Deal or No Deal became an instant smash for the network. The TV show is hosted by actor/comedian Howie Mandel and is yet another version of the TV game show of the same name that is internationally recognized because dozens of other countries have their very own Deal or No Deal TV programs.

The Deal or no Deal TV Show was broadcast in primetime on NBC from December 2005 to August 2008. A syndicated version of the show ran from 2008 to 2010 that was aired across various TV channels across the US. The show ended in September 2010.

Previously filmed in Los Angeles, Deal Or No Deal has moved to Waterford, Connecticut, which is easy to get to from New York City by train (the ride is about two hours long) and a short cab ride from the station to the studio. NBC Universal re-located the Deal Or No Deal TV show to Waterford, Connecticut to save on production costs. L.A. may miss Howie Mandel and his popular TV game show, but the New York City area has gained another great TV show. Residents in the NYC and New England area will find that Deal Or No Deal's Waterford, CT studio is a fairly easy commute, being that it is two hours by train from NYC, and also within striking distance of Boston, New Haven and other cities via Amtrak's Acela Express train.

Deal or No Deal first took residence in Connecticut in the summer of 2008 and taped a whopping 130 episodes in just three months at Waterford's Sonalysts Studio, filming as many as 10 episodes per day! (Which must have been difficult for host Howie Mandel, who is known for his OCD and phobias that keep him from even being able to shake the hands of Deal Or No Deal contestants.) The episodes filmed in CT were for the new syndicated half-hour version of the TV show. Following the initial three-month taping schedule in 2009, Deal Or No Deal took a break from production to see how the show would fare in syndication before scheduling more taping sessions.