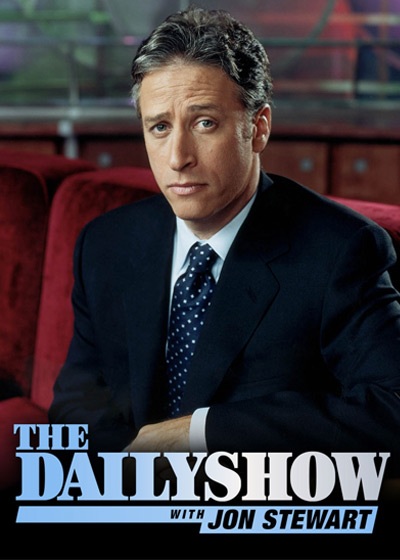 The Daily Show with Jon Stewart is a show which couples comedy and real political issues. Stewart and his news team introduce and discuss such issues in a satirical manner, also bringing in celebrities for interviews. It is a 30-minute late-night satirical news program on Comedy Central that has a fanatical following. The show has been on the air since January 1999, making it the second-longest running program on Comedy Central.

You can get free tickets to a taping of The Daily Show by visiting the show's website and clicking 'Tickets.' Select an available date on the calendar to reserve your FREE tickets to The Daily Show with Jon Stewart. You must be at check-in at 2:30 PM to receive your tickets but should be there an hour before for guaranteed seating. Your tickets will be given to you upon checking in, several hours before the show taping. You must then leave the area to return promptly at 4:30 PM, to line up for the taping.

The show tapes 6:00 PM - 6:30 PM Monday to Thursday and airs the same nights as the tapings. The entire taping lasts 30 minutes, including time for commercial breaks. If any lines are fluffed, they go back a re-shoot the scene, but the show rarely goes beyond one hour taping.

After 16 seasons on the air, the talented Jon Stewart decided to move onto other things including movie production. The final episode of his show took place on Thursday, August 6, 2015 at 11:00pm.. Comedy Central played a Daily Show marathon all day on August 6th leading up to the final episode. Final guests, included Amy Schumer, Denis Leary, and Louis C.K. In the remarkable number of seasons that Stewart has held this position, he has interviewed guests ranging from Barack Obama to Philip Seymour Hoffman to Kurt Vonnegut to George Clooney and he left an indelible mark on the industry.

Jon Stewart's real name is Jonathan Stuart Leibowitz and was born in 1962 in New York City.

Under Jon Stewart, the show has been awarded 2 Peabody Awards and 18 Emmys. It won for 10 consecutive years from 2003 to 2012 in the category of ‘Outstanding Variety, Music, or Comedy Series'.

The show has also launched the careers of great comedians such as Steven Colbert (who has recently been named the new host of The Late Show), Steve Carrell, John Oliver (who became host of Last Week Tonight after filling in for Jon Stewart for 12 weeks in 2013), and Larry Wilmore (whose new program, The Nightly Show, premiered on January 19, 2015).

Taping of The Daily Show begins with Jon Stewart seemingly scribbling notes on a sheet of paper at his desk. He sits in the style of a traditional news show, with an elevated island stage. After introducing himself and the guest he’ll interview later, he launches into his monologue. Which is the first of four segments of the show. His monologue includes commentary on the day’s biggest headlines. The second segment usually involves additional commentary on politics, current events, sports, films or pop culture. This segment includes interaction with correspondents such as Jessica Williams, Jason Jones or Hasan Minhaj, via pre-taped or live-action skits. There is also on-location coverage of special events or news. Numerous clips and images are shown throughout these segments to help visualize what Stewart refers to during his commentary. The third segment features an interview with an interesting guest. The last segment is a segue to closing credits, introducing a comical clip without narration, usually in relation to a story covered earlier in the episode. The Daily Show has adopted the format of four segments since 1996. Stewart's last segment is called “Moment of Zen."

The show's creators are Madeleine Smithberg and Lizz Winstead. The Daily Show premiered on July 22, 1996, and it was promoted as being the replacement for Politically Incorrect with Bill Maher, who moved to a new channel (HBO) and a new location (Hollywood). The show was taped in NEP Studio 54 until 2005, after which it moved to NEP Studio 52, where it has remained since. The original host of the show was Craig Kilborn, then co-anchor of ESPN's SportsCenter, and he continued until December 17, 1998.

Craig Kilborn's run on The Daily Show was from July 1996 to December 1998. Under Kilborn, the show was more character-driven in humor. Friction arose between Kilborn and Winstead regarding the direction the show should go in and when Kilborn made a sexually explicit joke about Winstead in 1997 during an Esquire magazine interview, he was suspended without pay for a week. Kilborn quit shortly afterward.

Jon Stewart replaced Kilborn in 1999, and changed the entire vibe of the show. Simply known as The Daily Show previously, the show became The Daily Show with Jon Stewart and the show content became politically focused, but with a fake news edge.