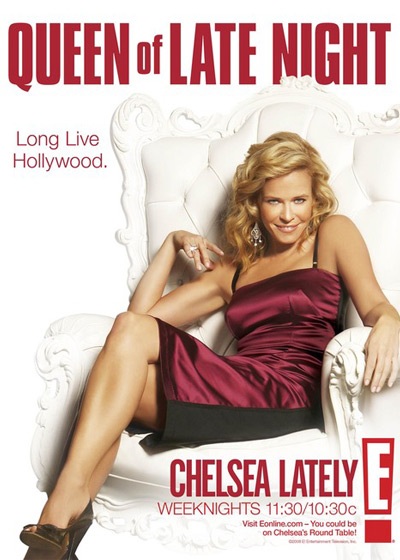 Infused with Handler's unique blend of dry wit and self-effacing absurdism, Chelsea Lately features some of the sharpest commentary on the day's top entertainment news stories and pop culture on TV today.

Wry comedienne Chelsea Handler, author of the bestseller Are You There, Vodka? It's Me, Chelsea, hosted this hilarious showbiz-oriented talk show on the E! network. The talk show last aired in August 2014 after cancellation following poor ratings.

You have to be 18 years or older to attend Chelsea Lately hosted by Chelsea Handler.

Due to the show's popularity, E! went on to make Chelsea Lately a nightly talk show.

Chelsea Handler has also experienced popularity in the literary realm as the author of the books My Horizontal Life: A Collection of One-Night Stands and the collection of humorous essays Are You There, Vodka? It's Me, Chelsea.