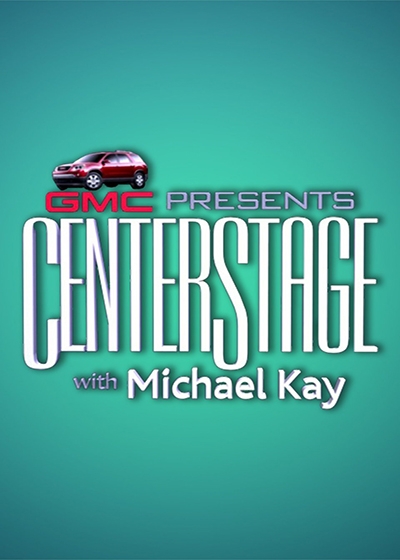 CenterStage is an hour long, one-on-one interview TV show hosted by Michael Kay. The audience gets an intimate level of access to athletes and celebrities.

You can get FREE tickets to watch a taping of CenterStage by going on the YES Network website and registering for the listed show date. The short form requires your first and last name, email address and phone number.

There is a limit of two tickets per person. You have the option of printing your tickets out, keep them on your phone or picking them up at check-in.

The show can tape any time and any day during the week. The taping schedule is set around the celebrity's availability. The earliest taping is usually at 10AM and the latest is at 3PM. Shows are usually taped Mon-Fri and not on weekends.

The audience must be at the studio at least one hour prior, for guaranteed seating. It is suggested to arrive an hour and a half before the taping just in case there is a long line or you have to check in.

You must be 18 years old or older to be admitted to this TV show taping.

Michael Kay is a professional sports announcer and has been the Yankees' lead television play-by-play announcer since 2002. Kay spent a decade as a radio announcer with John Sterling at the New York City radio station WABC Kay started his professional career as a writer first at the New York Post in 1982 and later at The New York Daily News as a beat writer in 1987.

The celebrity guest and Michael Kay will usually stick around after the show taping to chat and sign autographs. Professional autograph hounds are not allowed to be part of the studio audience.

Because CenterStage is on the Yankees-owned YES network and tends to focus on sports celebrities, naturally the audience is heavy on men and sports fans. But the show does frequently spotlight non-sports stars, which opens up the demographic a bit. The best case scenario, for any given episode, is that the audience is made up of fans of whoever Michael Kay is interviewing that day. Fans might be able to enjoy watching their favorite celebrities from their seats, but that is close as they are going to get, since Kay rarely opens up the floor for any questions.

CenterStage does not have a set taping schedule as the show books around the availability of the guest, so you can anticipate that shows may be taped at any time during the week, but not on weekends. On show days, two shows are often taped, with one in the morning and one in the afternoon. Because of the intimate nature of the show, the studio audience can get to be up-close-and-personal with all kinds of sports (and non-sports) celebrities in a relaxed studio atmosphere. The show takes about seventy five to ninety minutes to record, but you can anticipate being there for up to three hours in various lines of some form and there is some waiting inside the studio as well. The show does provide the audience with drinks and food, such as bagels, soft drinks and pizza.. Due to very little time in between segments, bathroom breaks are typically not allowed during the show. People on the standby line often get in, but less likely if there is an A-list celebrity coming on the show. Advance tickets given out are usually in excess of studio capacity. In some rare cases, if too many advance ticket holders turn up, some latecomers will be turned away, as was the case with the famous Andy Pettitte interview .Depending on the guest some interviews are less compelling. Other interviews are quite electric and interesting.

The show is transmitted on the YES network, which is now part owned by the New York Yankees (The majority stake now belonging to 21st Century Fox). The format of the show allows for just a single guest for the whole show, which allows Kay to delve a little deeper with celebrities than the other run-of-the-mill TV yakkers in New York City. The guest choice is often from the world of sports, as the YES Network is a sports channel after all, but to keep the interviewee roster fresh, sports celebrities are switched out for other notable celebrities from the worlds of film, music, and TV.

CenterStage has been compared to a sports version of Inside The Actors Studio, but without the pretension. The host is not compelled to move onto another guest and can focus their attention on one particular individual for the allotted show duration. The show is usually structured in two parts: the first section is the main interview with Michael Kay and takes up ninety percent of the show. The second section is Hit and Run, where Kay asks the guests some rapid fire questions. Kay does not do this often, but when time allows, and the guest is amenable, a third section of the show is where the audience gets to ask the guest some questions, which can be quite illuminating. This section rounds out the end of the show. New episodes of CenterStage air at different times of the week with no set schedule. New shows are transmitted during prime time and reruns are usually in the afternoon and evenings.

October 21, 2002: Premier of the first episode of CenterStage

May 29, 2013: World-renowned tennis player Venus Williams comes on the show.

515 West 57th Street
New York, NY 10019
Directions: Take the MTA A, C or 1 trains to 59th Street Columbus Circle and walk down 8th Ave to 57th Street. Walk West on 57th Street towards 11th Ave. The studio is located between 10th and 11th avenues to the studio.
Studio Information