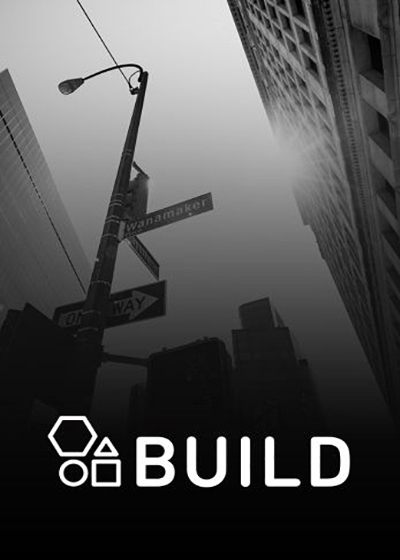 Build Show Series is one-on-one interview show with a variety of guests including actors, entrepreneurs, musicians and other pop culture notables

You can get FREE tickets to the Build TV Show Series. You can choose tickets your desired show date and time. Sometimes there is a wait list for due to the appearances of A-List celebrities.

When the celebrity is not an A-Lister, this show is usually a paid gig for audience members. Audience members will receive between $30 and $75 for coming to this show for 2 hours, but acceptance is not guaranteed.

Potential audience members must supply a photo online to be considered for this show. Many people are not happy about this as it smacks of the potential of sexism, racism and ageism.

Attending The Show and Getting Paid

It is a totally irresistible option when you are provided free tickets to watch a TV show and then you also get paid to watch it. The Build Show Series audience members are paid up to $50 dollars just for staying for 2 to 4 hours to see to this show.

Usually this is for guests that do not have a strong enough following to fill the audience, which is quite often. Many mediocre shows are recorded, despite the guests tweeting out their appearance to their millions of Twitter fans who do not turn up to see them.

Taping times vary during the day, but are most likely at the 10:30 AM, 1:00 PM and 5:00 PM slots. Build Show Series can tape up to three shows per day, as it schedules the tapings around the guests' availability.

You must be at least 21 years old to attend the show.

AOL Build does not follow the conventional TV show template associated with most other interview shows. Given the frequency at which the show records, the show is not moderated by any one individual. The moderators, who ask the guests questions and also interact with audience members, are comprised of both emerging and seasoned TV and news personalities.

Some of the more frequent moderators have been: Ricky Camilleri (on air host and producer of Huffpost live), Cristina Gibson (popular freelance correspondent and reporter, who has done work for Fuse TV, E! Networks) and many others.

The Build Show Series is an online-only show. The budget and underlying quality of the production can be rather lower than its broadcast TV counterparts.

Problems at the Taping

Sometimes the handheld microphones on the set are configured too low or too high or they suffer from mike "pop" due to the users lack of experience, creating the feel of a less-than-professional taping. It is unclear why they do not mike their guests like all the other TV shows, or even use a mike boom.

The audience is made up of invited guests and is often back-filled with a paid audience. AOL (or Huffington Post) employees may also be roped in to bolster up the crowd when they could not get enough people to come to the show.

The talent and guest booker for this show has amazing skills, because this show consistently gets great guests even though they have they do not have strong web viewer numbers (although their viewer numbers on AOL are very strong). The hosts on the show always seem to be different and often just have basic journalistic skills.

They are often not very strong on camera leading to mistakes during the production (EG the infernal tittering of the host during the famous Chris D'elia interview) Going to see this show taped live is a fun thing to do for a couple of hours during the day, as you may see some interesting guests and even get paid a few bucks for your time.

This "internet only" show is shot and streamed live on the Build Show Series website at the now defunct www.aolbuild.com website and is not broadcast on television. (although odd clips of the show are shown on broadcast TV shows when referring to the interviews).

Previously recorded shows can be seen on their website and, according to Nielsen web data, most of the viewers that watch this show do not see the live broadcast.

The show has often been described by critics as what college radio is to real radio. One critic went as far as too say that interviews with culinary stars are often served piping cold and the dishes are toxic, much like the Huffington Post management.

AOL, the long established internet medium that skews to a rather older, less tech-savvy crowd, promotes AOL Build with great gusto and although the show is promoted in heavy rotation on both AOL and on The Huffington Post, the AOL Build show would probably not survive if it was a stand-alone entity given its poor rating outside the AOL confines.

In a single example, the a Jane Fonda interview appears to have over 2 million views on AOL, but only achieved a little over 2,200 views on YouTube, indicating that its in-the-wild viewership numbers are very low. This suggests impropriety in the calculation.

AOL Build, however, may have found its niche with AOL users, who are often older and less educated than the internet's relatively younger users and are more likely to need to be spoon-fed content. AOL and AOL Build may have a problem with non-AOL users that lack brand awareness of the show and many people have never actually heard of the show at all.

AOL Build could be poised to take off on the internet (non-AOL) sphere as soon as they can get that one great interview that could put them on the map with the internet populous at large, but most of the content on the show currently being produced is trite and sycophantic in nature and lacks any merit in terms of poignancy, exclusivity or revelation, something it will need to break to become the mainstream success is aspires to be.

The AOL Build Show is a 4 camera shoot and they use a camera dolly to get the pan shots. The show is hosted by a bewildering list of moderators and the guests can come from all walks of life, including individuals involved in the entertainment industry to successful business tycoons.

The diverse group of prominent and successful guests on the AOL Build show has allowed the show to gather a substantial following on its parent AOL (where it is heavily promoted) and despite its unique status as an online-only show (which is usually a kiss of death to a taped show where TV ratings would normally equal dollars in the production budget) the show has achieved strong ratings. Being part of AOL and The Huffington Post has its advantages and this show utilizes them for maximum effect.

Web Production Is a Different Experience to TV Yakker Format

The combination of live recording in addition to the close proximity of audience members creates an experience very different from other web or TV talk shows and this combination has proven to be a successful one, as AOL Build is currently in its second "season" and has aired more than 170 “webisodes.” The show tapes webisodes several days a week, at the AOL Headquarters located at 770 Broadway in New York City, which also houses the Huffington Post on the 4th Floor, another AOL company.

The show has found that they can leverage guests that are already in the building working on other projects or doing the rounds at other TV show yakkers, albeit of the TV show variety as the PR guys of the most notable guests would normally pass-in-an-instant at a web-only show.

The audience is primarily sourced from AOL and Huffington Post employees who work in the building. Guests' fans/friends and paid audience members make up the rest of the audience.

As the Build TV show has not taped anything since late 2020 it is assumed that it is now been cancelled. The show was never broadcast on TV anyways, who would anyone even know that it is gone? No official announcements were ever made about its cancellation.

The show is no longer taking any bookings for celebrity interviews or audience members or tickets. The show management has been passed around from various management teams following the sale by its owners Yahoo and AOL under CEO Tim Armstrong.. The organization was formerly known as Verizon Media and new owners are now Apollo Global Management.

New Owners Show No Desire To Resurrect the Brand

The new owner entity is once again known as "Yahoo", but It is unclear if Build is even a brand that the new owners will want to continue. The new Yahoo is now being run by CEO Guru Gowrappan, and will operate as a standalone company under Apollo Funds. The Build TV show was always an amateurish operation and was never a revenue generator for the organization, so it will probably not return.

Build show producers would often stack the TV audience with Huffington Post staff that shared the same offices under the Verizon Media banner. As Huffington Post has been sold in a separate deal to BuzzFeed, the old alignment between the organizations under Verizon Media moniker has gone.

770 Broadway
New York, NY 10003
Directions: Take the MTA N, Q, R, or W trains to the 8th Street Station - NYU. You can also take the A, C or E trains to West 4th Street. The studio entrance is on 9th Street (Wanamaker Place) between Broadway and Lafayette Street.
Studio Information

Host
This show uses a rolling list of hosts