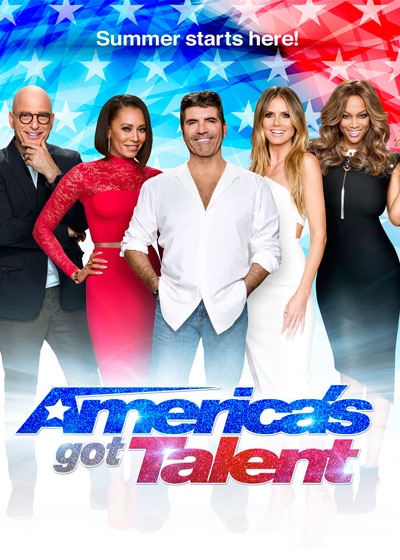 America's Got Talent is a show in which different acts compete to win $1,000,000. These acts range from singing and dancing to magic shows and comedy.

You can get FREE tickets to America's Got Talent by going to the show's official ticket website. A link will redirect you to another page to get your free tickets. Information about that company can be found inside our guide.

America's Got Talent is taped Mondays, Tuesdays, Wednesdays and Fridays, two shows a day at 12:00 PM and 5:00 PM.

You must be over 14 years old to attend a taping of America's Got Talent.

At a four hour taping of America's Got Talent they make the audience move around seats, ask you to scream at the top of your lungs and other general fake-ality rituals that TV shows want to make the at-home viewer think that the taping is one great party. Sadly, the show isn't that much fun. It is often an arduous day of clapping, standing, shouting, screaming and general audience mayhem. It will be exhausting and as an unpaid audience member you may want to leave thirty minutes in, as many people do. The audience management company may stand in your way, because they do get paid. The tickets for this TV show are free, but it is not the best TV show experience around, as there are other TV shows that are less huge and a great deal more personal and are fun. It is at these other TV shows where you can get up close and personal to the celebrities and actually see the performer on the stage rather than view them from so far back that their facial expressions cannot be seen, unless you look at the giant TV screen, but if you have to do that, you could have done that at home. No drinks or food are supplied at this show and they will not pay for your parking, so this show is for hard core fans only, who are ready to commit to four hours of their life being entertained by sub-par entertainers after a long commute.

America's Got Talent was created in 2006 by former American Idol judge Simon Cowell. The show combs the nation for Americans who boast all kinds of talent, from dance skills to singing to circus tricks. The show's most significant talent finds so far have been young opera star Jackie Evancho and Vegas headliner Terry Fator. Cowell remains the producer of AGT. The show's mission (while providing entertainment to the TV masses) is to find an act that can open In Las Vegas and that can continue to sustain an audience long after the AGT show has ceased. Some of the competing shows in Las Vegas that a winner has to contend with are: Britney Spears, Ray Romano and David Spade, Jay Leno,Jerry Seinfeld, David Copperfield, Jersey Boys, Cirque du Soleil Zarkana and The Beatles LOVE.

NBC's hit TV show America's Got Talent (or AGT as it is often known) is now taped out of the Los Angeles area. New York Show Tickets Inc. is not the official supplier of tickets for this show. Now in its tenth season, the show stars regular people with talents and boasts well-known judges Howard Stern, Howie Mandel, Heidi Klum and Mel B. Former judges have included Piers Morgan, David Hasselhoff, Brandy Norwood and Sharon Osbourne. Regis Philbin was the host for the first year, Jerry Springer lasted two seasons and was then replaced by Nick Cannon, who has held the spot ever since. The show has found very few sustainable acts that can survive outside the AGT environs.

All the footage from AGT is recorded and then edited down to the bare minimum, so the feel of this kind of show is labored and somewhat less compelling than a “Live” show, where it seems like anything could happen. Audiences in Hollywood would often be paid to attend these kinds of shows, but the New York ones have to be run more cheaply as the cost of shooting these shows in NYC is about double the Californian rate.

The taped show also take a lot longer to shoot, often two and a half hours, with re-shoots and lighting adjustments galore, which makes the audience restless and often bored. So bored in fact that they don’t come back, especially given the amount of boos that they regularly receive after the production schedule flounders during taping.

The TV networks' face a dilemma with these kinds of talent shows. If they put too many producers on the judging panel, viewers will switch off in droves, but if they put too many artists on the judge panel, the quality of the winners suffers, because artists know very little about artist production and development and end up ruining good acts. Much like when the American Idol judges switched to all-artists, America's Got Talent has lost its mojo with the loss of Osbourne, who brought great producer skills to bear on acts.

To spice things up a bit producers began adding acts that have only appeared on YouTube to the live shows. These acts have never appeared on TV before and have not even auditioned for anyone before, so they are often so nervous that they cannot hold it together, but it does make for exciting television.