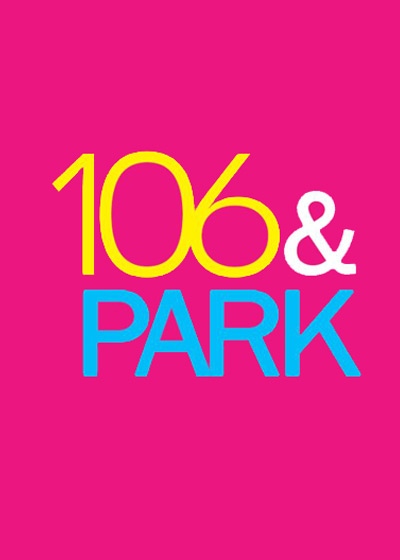 106 & Park is a nightly music video countdown show that features the top ten hip-hop and R&B videos of the day and live music performances and interviews.

Tickets to 106 & Park should be requested at least two weeks in advance, and there is a limit of four tickets that can be requested per person (unless asking specifically for group tickets). The 106 & Park TV show does not accept postal or phone requests for advance tickets. Advance tickets for future shows can only be requested over the internet.

The 106 & Park TV show tapes on Mondays, Tuesdays, Wednesdays, and Thursdays. Tapings are held either in the afternoon or evening.

This TV show tapes at the CBS Broadcast Center in New York City.

106 & Park ended its 14 year run as a pivotal part of hip-hop culture due to declines in ratings. Rumors surfaced that disparaging comments were made by guest hosts, Chris Brown and Karrueche about Blue Ivy (daughter of Jay-Z and Beyonce), and contributed to the show’s demise. The show went on a week long hiatus following the backlash and was then cancelled 3 months later, only heightening the rumors about the true nature of its demise. Following the show's cancellation, BET's president of music programming stated the show would move to a web-only format; however, that idea never became a reality and its an excuse to try to make the production staff feel a bit better, besides being newly unemployed

The 106 & Park TV show airs Monday through Friday at 6pm on the BET Network.

You have to be at least 16 years old to attend this TV show. Photo ID is required.

Unlike some weekday TV shows (The View and The Today Show, we're looking at you), 106 & Park has been pretty consistent with its hosts. The original pair, A.J. Calloway and Marie "Free" Wright, helmed the show from 2000 to 2005 before departing at the same time. Julissa Bermudez and Big Tigger briefly grabbed the reins (along with rotating celebrity guest hosts) during the 2005-2006 season, before Rocsi and Terrence J. took over in July of 2006 after winning the BET New Faces Contest.

Rocsi and Terrence J. spent six eventful years with 106 & Park before finally announcing that they would be moving on, most likely to pursue work in film (both have already flirted with Hollywood). BET executive Stephen G. Hill said in a statement, "It is no secret that there are a number of opportunities coming their way and we’re fortunate that they’ve been with 106 & Park for so long ...Terrence J and Rocsi are destined for great success and we at BET Networks will always take pride in being their original home.” There is no word yet on who will replace them as 106 & Park hosts.

106 & Park has special segments that feature both brand new videos and popular old videos. Airing each weeknight on BET, the show has music videos and runs for either 90 minutes or a full two hours)/ Viewers get to via phone and internet, making this show up-to-the-minute. If you thought MTV's abandoning of music videos meant that the form is dead, then you don't know 106 & Park, as it is alive and well.

As the BET network's flagship show, 106 & Park has held the #1 spot as the favored music variety show on cable among the coveted 18-49 demographic for years in a row. Furthermore, the show has helped catapult many big names in hip-hop and R&B to stardom. From music to movies to sports, stars of all stripes have been featured on 106 & Park, among them Beyonce, Madonna, Lebron James, Queen Latifah, Jay Z, Will Ferrell, Jennifer Lopez, Kanye West, Whitney Houston, Justin Timberlake, Will Smith, Snoop Dogg, Lady Gaga, Kirk Franklin, Rihanna, Diddy, Denzel Washington, and countless others.

Because of its focus on current popular music and hip-hop hits, 106 & Park is a favorite among teens and urban audiences. Local school and youth groups frequently attend tapings of 106 & Park and are given seating priority.

In addition to its ability to attract well-known stars and artists, 106 & Park has maintained its status as cable's longest-running music variety show with super popular segments like "Wild Out Wednesdays" and "Freestyle Friday". "Wild Out Wednesdays" (or W.O.W.), which was introduced in 2005, is a kind of 'amateur night' that gives singers, step teams, dance teams, and other talented performers the opportunity to take the stage and show their stuff. A winner is chosen via mobile and online voting.

"Freestyle Friday" is a weekly freestyle battle where aspiring rappers go head-to-head in front of the show's live studio audience. Keeping with 106 & Park's commitment to its young demographic, contestants aren't allowed to use suggestive or profane lyrics (upon penalty of disqualification), and the winner of the battle is ultimately selected by a majority vote from a panel of experienced MCs and industry bigshots. The winning rapper returns the following week to defend his or her title. Each spring during "March Mayhem," the best of the best return to compete against each other.

Some "Freestyle Friday" participants have gone on to successful careers, such as MC Jin, the Chinese-American rapper who gained fame as a recording artist and film actor (2 Fast 2 Furious) after winning several battles in a row and being inducted into the Freestyle Friday Hall of Fame.

106 & Park was named for its original location in East Harlem, but following BET's acquisition by media giant Viacom (which previously had a corporate relationship with the CBS network), the show was re-located to the CBS Broadcast Center in Midtown for more studio space and audience seating capacity. Despite the move, the show maintains its original name, perhaps because "57th and 11th" doesn't have quite the same ring to it.